The Horse Chestnut Leaf Miner, Camerar ia ohridella, is an attractive little moth that causes considerable damage to the foliage of Horse Chestnut trees. It first arrived in the UK in 2002 after rapidly spreading across Europe and is now present in most of the UK (although, as yet, not recorded in Scotland).

The Horse Chestnut Leaf Miner, Camerar ia ohridella, is an attractive little moth that causes considerable damage to the foliage of Horse Chestnut trees. It first arrived in the UK in 2002 after rapidly spreading across Europe and is now present in most of the UK (although, as yet, not recorded in Scotland). 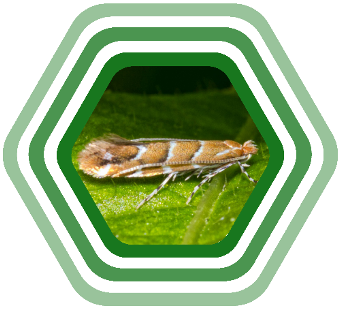 As the name suggests, the larvae of the Horse Chestnut Leaf Miner, mine leaves; the tiny larvae live between the outer layers of the leaf (epicuticle) and feed on the inner tissues. As they feed the larvae create characteristic semi-translucent and brown circular areas called leaf mines; large populations rapidly transform a previously healthy green Horse Chestnut tree into a brown, unhealthy and unsightly looking version, reducing growth and health. Immense clouds of these moths can often be seen gathering around trees, especially during mid-summer.

Pheromone trapping systems are the most appropriate management solution for these pests. The pheromone used is the sex pheromone produced by female moths to lure males and is the most potent of all the pheromones I have worked with at IPS.

Weeks after working with this pheromone I will still be surrounded by an accompanying cloud of moths on trains, in pub gardens, walking my dog etc. I made the mistake of opening a vial of the pheromone in my wife’s car during trials. Days later, my wife, who is a vet, was then shocked to find a cloud of moths suddenly appear while involved in an important surgical procedure.

A pheromone dispenser is a device that slowly releases the pheromone over a time period, usually 4 to 6 weeks, and is used to lure insects to a trap, such as a Delta trap or Funnel trap (see images). Typically, the device used for this pest is a rubber septum onto which a small amount of pheromone is absorbed. While these dispensers perform adequately, we wanted to improve upon this performance by investigating other dispenser formats.

We therefore decided to run a six-week trial to compare three different dispenser formats: the standard rubber septum, a polymeric vial and a wax formulated plug (see image below). Delta traps with sticky glue boards to catch the moths were used, with one trap per tree in a long avenue of mature Horse Chestnut Trees located near Ware in Hertfordshire.

Over the six-week trial period one dispenser format clearly outperformed the other two versions. The wax plug significantly improved attraction with much greater numbers present on sticky boards. The images below show the obvious difference in catch rates. In fact, the Delta trap with sticky board was found to be inadequate as a control solution due to how quickly the board became saturated with insects. Wing scales (tiny modified hairs that contribute to the wing colours of butterflies and moths) of thousands of these tiny moths forms a brown dust that quickly coats the glue surface reducing the tackiness and curtailing performance. With the dramatic improvement in attraction we therefore decided that the most appropriate trap to use was a funnel trap which can hold much greater numbers of moths and does not use a sticky surface. We have just completed a trap trial that ran over two seasons and we will report on these results very soon.

The three dispensers trialled: On the left is a polymeric vial, in the centre is the wax plug and the rubber septum is shown on the right

A Horse Chestnut tree with significant damage caused by the leaf-mining larvae. 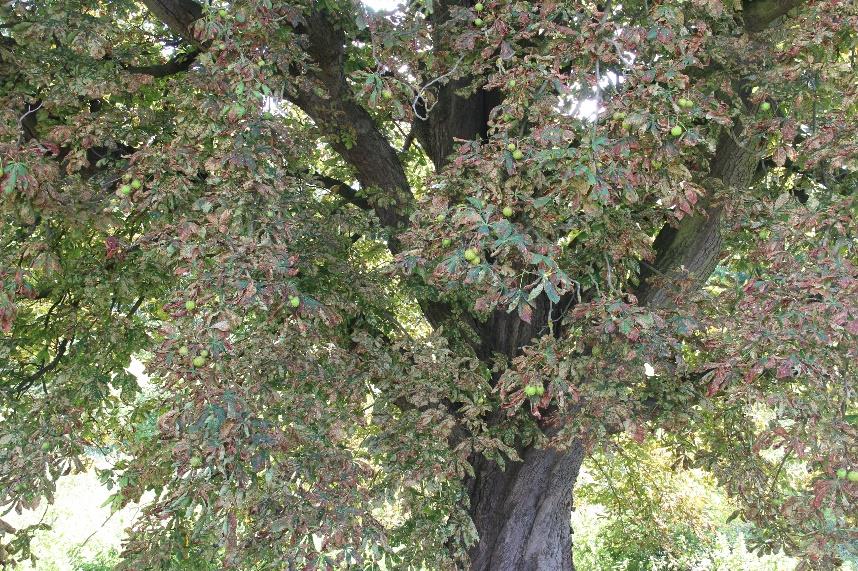 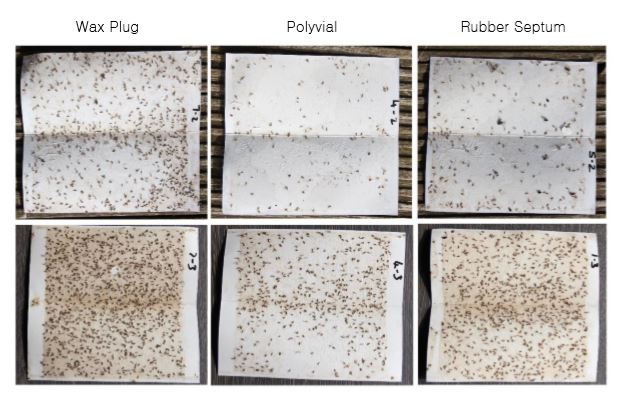 Examples of sticky boards showing weekly catch for the three different pheromone dispensers. Note the dark brown colour of some of the glue boards, caused by shed wing scales. This confirms that many more moths were attracted to the trap but subsequently escaped due to the reduced tackiness of the glue.

Examples of traps used to manage the Horse Chestnut Leaf Miner moth. The Delta trap is shown on the left and the Funnel trap on the right. 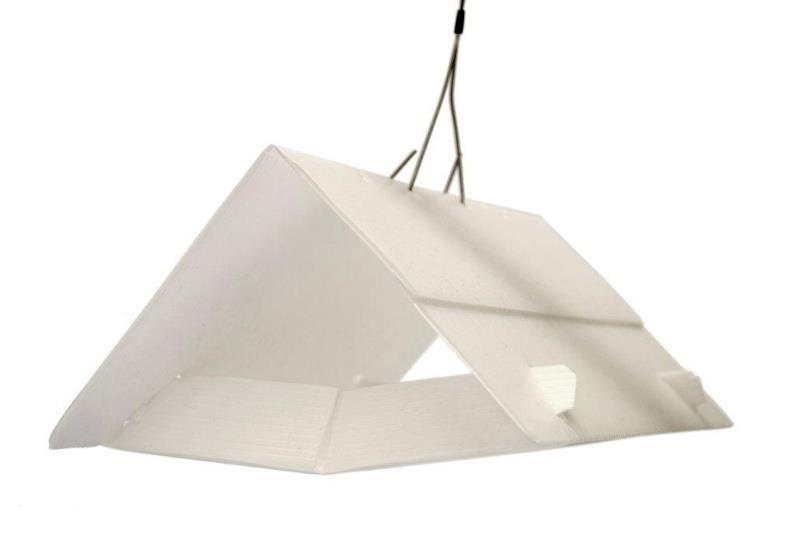 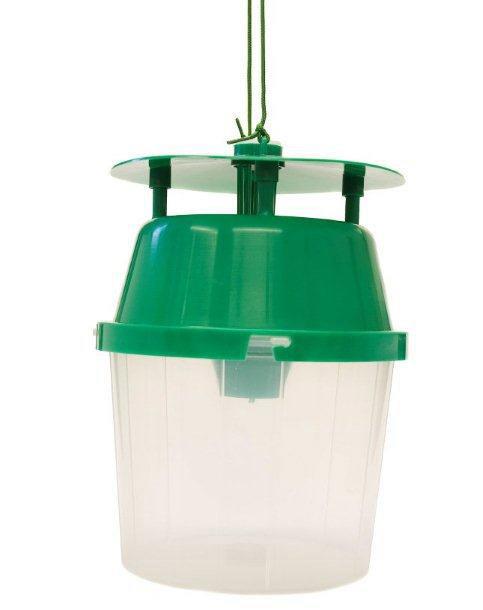