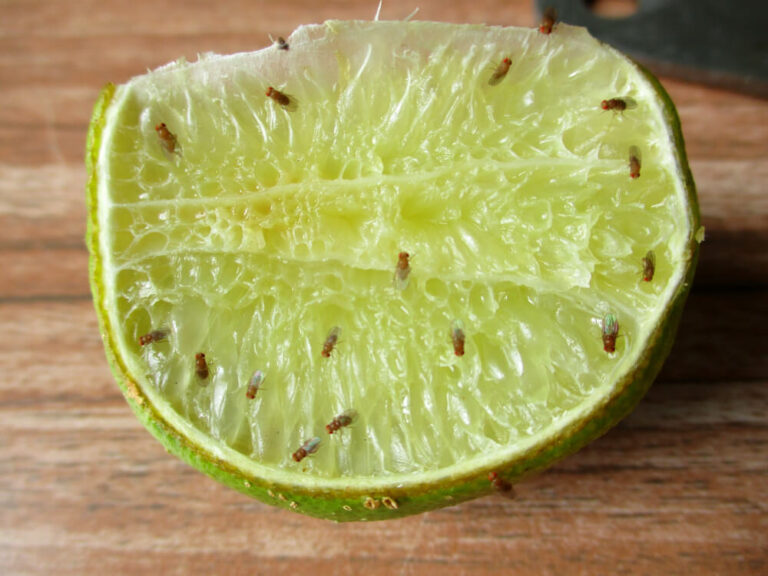 Technology that was first used to distinguish healthy tissues from cancerous ones in humans has been successfully used to identify insects.

Every year insect pests cause massive economic damage in agriculture and forestry, either by directly attacking crops or through the transmission of diseases.

Research by the University of Liverpool, in conjunction with integrated pest management leader International Pheromone Systems (IPS), could have huge benefits for the food industry. The technique could enable growers and importers to identify pest insect species quickly and accurately.

The research was conducted by PhD student Iris Wagner. She used a new analytical method called Rapid Evaporative Ionisation Mass Spectrometry (REIMS). REIMS is a real-time analytical method giving a ‘fingerprint’ based on the molecular composition of the insect. It involves rapid burning of the sample tissue, typically by applying an electric current that heats the insect. The resulting aerosol (‘smoke’) is aspirated into the REIMS, which creates signal patterns diagnostic of the species. Insect samples from different classes, for example species 1 and species 2, are first profiled by REIMS to train the system. Once a classification model has been built, by finding differences in the signal patterns through machine learning algorithms, it can be used to identify unknown samples very quickly. Each analysis takes seconds.

To prove the concept, the team of scientists first looked at five arthropod species, such as spiders and beetles. Once the team was confident of the technique, they focused on more closely related species of fruit fly (Drosophila spp.). Two of the species were closely related and their females morphologically highly similar, making typing using traditional methods, such as identification through morpho-taxonomic keys, very difficult.

REIMS could distinguish different species at the adult or immature stage as well as discriminating male from female – all critical information for growers who need to monitor and manage infestations.

This work has been described in a new scientific paper entitled ‘The application of rapid evaporative ionization mass spectrometry in the analysis of Drosophila species—a potential new tool in entomology’ .

According to Dr Sam Jones, Technical Director for IPS, DNA analysis is the current method of choice to identify very similar species. Of particular promise is the ability of REIMS to distinguish the immature stages (larvae) of many insect groups in seconds. This removes the need to rear immatures to adulthood as a prerequisite for identification.

Dr Jones explains: “It’s very exciting that we have found another use for REIMS. The problem this application overcomes brilliantly is in distinguishing species that are really difficult to identify even by experts. We thought REIMS could offer a rapid alternative to PCR tests and we found it worked really well which is a fantastic development. When you are talking about infestations that could devastate a crop and a livelihood, or a large shipping container of goods, every day becomes crucial, and a test that takes seconds allows many individual insects to be analysed.

“Very importantly it means we can quickly identify pests and then decide on a strategy. Some pests are more serious than others and, if you can correctly identify a pest or pests, this can aid decision making.”

PhD student Iris Wagner added: “I was surprised by the quality of the information that comes from burning an insect sample. Although complex, the learning algorithms were able to discern patterns in the data that we could not see manually and build successful classification models.”

Integrated pest management is based on a variety of strategies that include monitoring, information and then decision making. For instance, stresses Dr Jones, you should only apply pesticide if the number of pests is above a certain threshold.

“If the level of pests is below the threshold there should be reliance on natural predators in the case of crops being grown outdoors. Pheromone lures are used to monitor and estimate the population size and if there are more pest insects than the threshold you can make a decision about whether to use pesticides or a control strategy using pheromones to disrupt mating.”

The next phase of the study, subject to funding, is to look at how the technology might be applied for use in the field.

Dr Jones added: “It could be very beneficial if we could use the insect frass (faeces) from infested crops or larvae which are particularly difficult to identify. This would be particularly useful for ‘quarantine pests’ which is when imported goods have been infested. Sometimes you can’t see the actual pest - only the larvae, frass and the damage. It is important to rapidly identify the presence of any pests before they are able to escape and potentially proliferate - if the environmental conditions are suitable for this.

Quick decisions are vital when it comes to pest control as the sooner you can start controlling the pests, the less damage there will be and a few days can make the difference between a crop being saleable or having to be thrown away.

“Some crops will have a level of damage that’s acceptable and if a specific level is exceeded then the buyer will reject it, or it will have to be sold for a different purpose. For instance, olives have to have very low levels of damage to be used as ‘table olives’. If they are rejected they will then be processed for oil which means financial losses for the farmer and the local economy.”

There have been cases where South Africa fruit growers were unable to sell to the EU because the levels of infestations were beyond acceptable limits. Notably the export of citrus was suspended again in 2020. This was due to damage caused by the false codling moth and Citrus black spot (a fungal disease). The regulations in Asia and Europe tend to be very strict particularly when it comes to the damage caused by pests like the false codling moth.

Dr Jones said: “We are looking at adapting the REIMS system and have lots of other ideas that could support integrated pest management.”

In some circumstances biological control in pest management involves maintaining the population of certain species such as predatory insects to sustain ecosystem balance. Conversely, many insects can cause considerable harm both economically and to human health.

IPS is looking for partners, investors and funding institutes to take the research further. If you are interested please contact Dr Sam Jones Sam@ips1985.co.uk

Wirral-based IPS offers a nature-based approach and specialist knowledge for natural and safe solutions to monitor and manage pests in agricultural and domestic environments.

The company’s highly skilled entomologists find solutions from nature itself. Together with universities, scientific partners and growers, the IPS team works to find natural solutions to help reduce pesticide use and support Integrated Pest Management (IPM) in agriculture, horticulture and forestry businesses.

A healthier, safer and more productive environment is achieved by using the natural behaviour of pests and finding the right pheromone combination and trapping solution specific to a particular species.